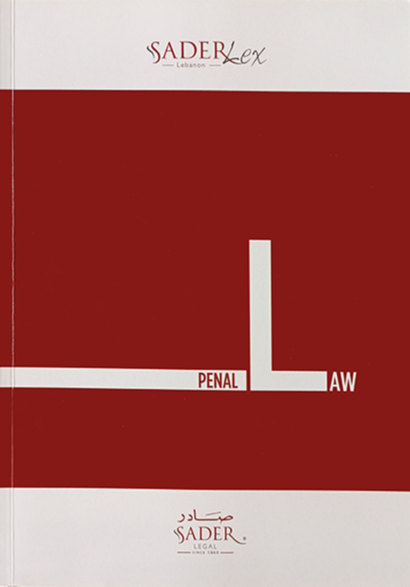 Legislative decree No.340 is the official criminal code of Lebanon that came into force on 01/03/1943 repealing the ottoman penal code.

Upon the proposal of the minister of justice and based on the decision of the council of ministers dated 27/02/1943, the draft of the law was prepared by a commission chareid by Fouad Ammoun, and composed by judge Wafic Al-Kassar and judge Philippe Boulos in 1943.

It is a comprehensive pillar that intends to cover all substantive aspects of criminal law and is divided into a general and a special part.

The general part includes common rules for all types of crimes and the special part determines the provisions of each crime seperately.

The objective of this law is to maintain law and order in society by preventing the occurrence of crimes, punish and rehabilitate the criminals and compensate the victims.

Up to date and modernized, the lebanese criminal code remains the body of law after almost a century.

The most recent amendments were made by :